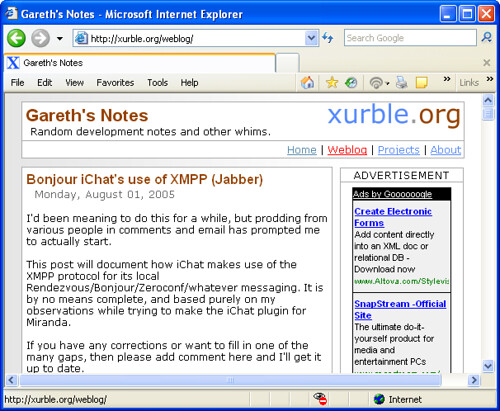 Leaving aside the lack of CSS stuff which I know is coming in the next beta, IE 7 is still just lame.

There are many things I dislike about it but the thing that offends me most is the total disregard for UI standards that has been employed in what will (tragically) become the most used application in Windows.

The prime example is that Microsoft have taken the single most annoying "feature" they introduced to Windows - the ability to tear off the menu bar and move it and taken it to the next level.

They have moved the menu bar below the tabs, and then just to spit in your eye a little more, they have reverted to it being non movable, so you can't even put it back where it belongs.